So I may have mentioned that I’ve been watching Gossip Girl. I’m halfway through Season 2, and while I’ve noticed a decline in quality in terms of plot coherence (also: understanding how to correctly use the term “slander”), I still love all the characters so I’m willing to overlook it.

There’s something else the show does really, really well that’s important to me: it doesn’t judge its characters.

Here’s what I mean by that: say Blair just did something awful, like (WARNING: mild SPOILER for season 2 coming up!) posted a fake rumor to a gossip blog trying to destroy a teacher’s career because they gave her a bad grade. Why did she do this? Here’s the show’s answer:

1. Blair has problems with lashing out.
2. Blair has a lifelong dream of going to Yale and is afraid this grade might affect her admission.
3. Blair is under a lot of pressure this week because her divorced father (whom she adores but isn’t very close to) is visiting from France with his boyfriend.

Etc., etc. The answer is NEVER, “Because Blair is a bitch.” Sure, Blair often acts like a bitch, and has more feelings of anger and resentment than many of the show’s other characters, but that’s pretty much a non-issue for the writers.

The specific meanness of posting the rumor, whether it was justified, and what, exactly, the consequences are for Blair, the teacher, and various innocent bystanders, IS an issue, but that’s very different. Blair is never on trial AS A PERSON. When a scheme of hers backfires or hurts someone, it never feels like a judgement from the writers, but simply a plausible outcome of her behavior.

I could go on for hours about why I like this in a book or movie, but I think the two most important factors are:

1. I hate it when I feel like an author is bullying a character. Okay, that maybe sounds a little silly, but it actually really affects my reading. People root for the underdog, right? Well, I also root for what I call “narrative underdogs.” If I feel like an author is stacking the deck against a character or setting them up to look bad, it bothers me.

If an author creates a character just to be a terrible person and then punishes them for it, my first thought is “Well you MADE that character the way they are!” This is especially true if the terrible person’s punishment involves public humiliation and I can practically hear the author snickering gleefully. Which I think leads pretty well into factor 2:

2. I’m contrary. I instinctively rebel if I feel like I’m being told what to think or how to react. I have an irrational hatred of feeling as if an interpretation is being shoved down my throat. For example, if a hero and heroine exchange some charming banter, and then the heroine thinks, “Oh my, HERO is the MOST delightfully witty man I’ve EVER met!”…my first instinct is to say, “I’ve met wittier.” 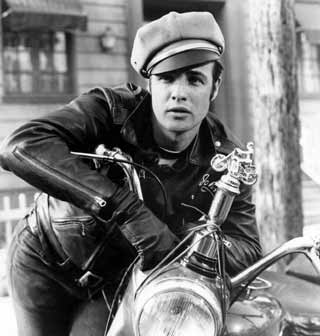 “What are you rebelling against?” “What have you got?”

Of course no author (or person, for that matter) is unbiased, but it’s a “show vs. tell” thing. If the writer shows me character A behaving like a jerk, probably I’ll think character A is a jerk. I might or might not LIKE character A, but either way I’ll think she’s a jerk.

(A romance I read recently that did this incredibly well was Eloisa James’s A Duke of Her Own. Way to create a full cast of characters, have some of them behave very badly indeed, and yet let me draw my own conclusions about all of them!)

But if the writer tells me repeatedly that character A is a jerk, very likely I’ll start looking for excuses for A’s behavior, no matter how awful it is, or be pushed into siding with her against character B, whom the writer keeps telling me to like.

And that’s the great thing: Gossip Girl never forces me to choose sides. It provides me with every character’s perspective and lets me decide for myself whether I think Serena is being passive-aggressive, or Dan is being unfair, or Nate is being adorable (hint: Nate is ALWAYS being adorable). It gives me the space, as a viewer, to figure out how I feel about the characters and situations. And that means that, most of the time, I can love all the characters even as I acknowledge their faults, and be on everyone’s side.

Are you a contrary reader? (“No” is an acceptable answer! I’m just curious!)