Today at Risky Regencies, I posted an updated and expanded version of my old post about historical urban legends, and the Rothschilds and the news of the victory at Waterloo.

Today’s Risky Regencies post is about historically accurate names, including resources and hilarious examples! (In particular, the Page-Turner family continues to amaze and delight me.)

I also found some great family crests as you can see from the title of this post.

I really enjoyed writing today’s Risky Regencies post: historical romance plot bunnies I came across while researching, from Humphrey Ravenscroft, wig inventor, to an incredible theatrical naval spectacle involving an 8000 cubic foot tank of water (I WANT A ROMANCE ABOUT THIS SO BAD), to an investment plan whose shares pay out more when other investors die!

I have been invited to join the Risky Regencies blog! I will be posting there on fourth Mondays. My first post went up Monday, about a butler’s duties in the wine cellar (and some pretty disgusting recipes for fining wines…some of which are still in use!).

1. I did a 5 things post over at Elizabeth Boyle’s blog today—I talk about being in Saint Petersburg for the White Nights and…four other things!

To celebrate reaching 100 Twitter followers, Heather Rose Jones offered a choice of blog topic to the 99th and 100th. One of the winners, Ursula W., noting that two of her friends both wrote Regency-era romances, requested a blog trade. When Heather suggested each discussing how our stories interact with Heyer, especially in regards to how we use class difference to create conflict in our books, I was sold! My post is up at Heather’s blog if you’d like to read it. An excerpt:

My relationship with Heyer is complicated. In some ways, I relate to her like a critical mother. Her work has influenced my genre and my writing so heavily, she’s written some of my very favorite romances, and yet…I know she wouldn’t approve of me (apart from anything else, I’m Jewish!). I’m unable to simply set aside the places we disagree. Instead, they inspire in me frustrated stomach churnings if I think too much about it.

Because here’s the thing about Georgette Heyer and class issues as a roadblock to romance:

In Georgette Heyer, real class difference is an insuperable barrier to romance.

Heather’s debut novel Daughter of Mystery (Bella Books) is concisely described as a “Ruritanian Regency lesbian romance with magic and swashbuckling” (okay, I clearly need to check this out) and features Margerit Sovitre, an aspiring scholar who unexpectedly inherits a fortune…and a bodyguard named Barbara.

A romance author’s most important task is to keep her protagonists apart. Seriously. Without roadblocks to the romance, you may have a happy couple undergoing adventures together, but you don’t have a romance novel. One of the attractions of historic romance is exploring the palette of roadblocks specific and appropriate to the time and place of the setting. And one of the classic failures of historic romance is overlooking barriers rooted in your novel’s era in favor of more modern motivations and attitudes.

Any Anglophone romance novel set around the turn of the 19th century will inevitably find itself in dialog with both Jane Austen and Georgette Heyer. Austen, because she gives us a boots-on-the-ground view of the attitudes, assumptions, goals, and aspirations of the time. Heyer, though she’s less bound by historic realities, because she essentially invented the concept of the Regency romance and mapped out an amazingly prolific array of character types, plots, tropes, and resolutions that form the basis for the genre. One may follow their lead or consciously write in contrast to them, but one cannot ignore them.

My novel Daughter of Mystery aimed, in part, for the look-and-feel of a Heyer romance, though differing significantly in the details. (It has fantasy elements, is set in the invented country of Alpennia rather than England, and concerns a same-sex romantic couple.) So I found it interesting to see how my characters’ problems compare to Austen and Heyer’s use of class, economics, social attitudes, and gender as romantic roadblocks.

END_OF_DOCUMENT_TOKEN_TO_BE_REPLACED

Hi everyone, I’m over at Elise Rome’s site today doing a Q&A and giving away a copy of A Lily Among Thorns. I talk about romance tropes, being part of the romance community, and how much I love Smite Turner!

I’ve got a new History Hoydens post up! It’s about how Jane Eyre is set during the Regency, but movies always put her in Victorian clothes. It makes sense, right? Putting Jane and Rochester in Regency clothes would be as weird as that Pride and Prejudice movie where everyone has leg-of-mutton sleeves. 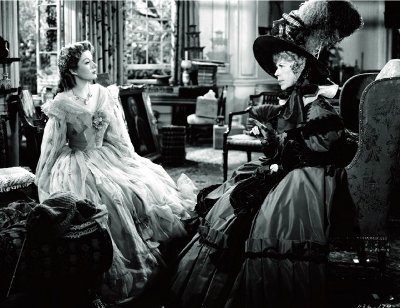 But WHY is it so weird? I try to pin it down and only partially succeed, but I have a lot of fun doing it!

Today at History Hoydens I’m talking about nineteenth century Sussex slang I think should be brought back into common usage! Example:

“LAWRENCE, s. A kind of imaginary saint or fairy, whose influence produces indolence, thus, ‘I caunt get up, for Lawrence ha’e completely got holt an me,’–“I ha’e got a touch o’ ol’ Lawrence to-dee; I be troubled to git ane wud me work.’ This person is also known in Dorsetshire, &c.”