I have a blog post up at Risky Regencies today about Anglican church layouts, seating, and box pews in the Regency. 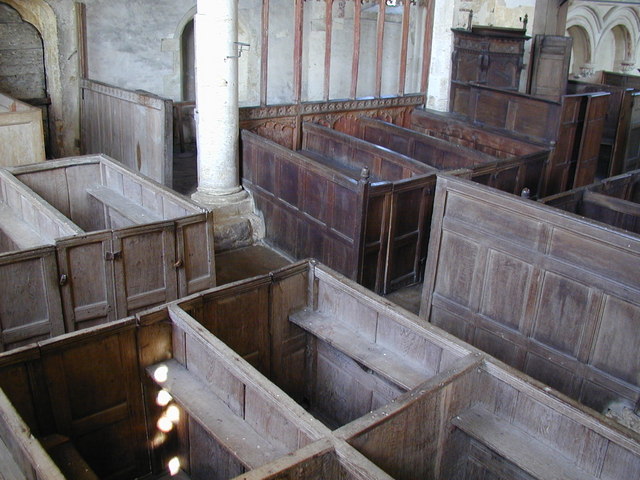 I had never heard of box pews until I started writing the Lively St. Lemeston series! However, they were much more common in England during the Regency than bench-style pews. Wikipedia explains:

“Box pews provided privacy and allowed the family to sit together. In the 17th century they could include windows, curtains, tables and even fireplaces, and were treated as personal property that could be willed to legatees. Sometimes the paneling was so high it was difficult to see out, and the privacy was used as a cover for non-devotional activity….By the eighteenth century it became normal to install formal box pews instead of random personal constructions. This provided a more classic line to the church, although Sir Christopher Wren objected to pews in his churches. With the mid-19th century church reforms, box pews were generally swept away and replaced by bench pews. However a number of examples still remain in various churches throughout the United Kingdom.”

Note that part of the church reforms involved changing how clergymen were paid—fees from renting pews provided a good chunk of their salaries previously, so they resisted replacing them with more efficient seating.

Read the rest. (There are a lot more illustrations!)