ETA: This contest is closed.

Tessa Dare’s third Spindle Cove book, A Lady by Midnight, is out this week, so I thought it would be a good time to give away the first two books in the series! 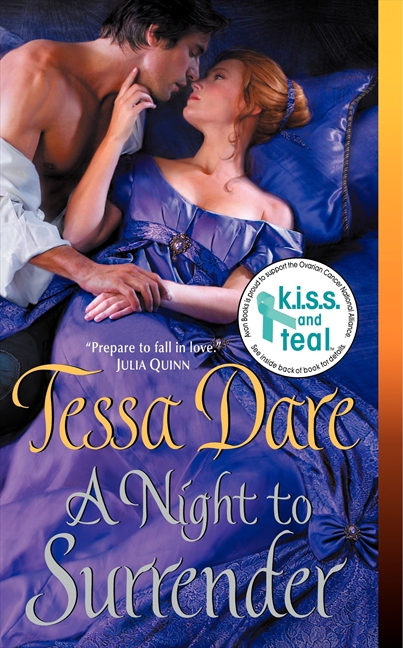 Book 1: A Night to Surrender. Spindle Cove is Susanna Finch’s brainchild: a community for troubled women, where they can be free to be themselves without having to worry about men.

In unison, the young ladies looked up from their work and smiled placid, demure smiles.

Excellent. She gave them an approving nod.

Ordinarily, the ladies of Spindle Cove would never waste such a beautiful afternoon stitching indoors. They would be rambling the countryside, or sea bathing in the cove, or climbing the bluffs. But on days like these, when new visitors came to the village, everyone understood some pretense at propriety was necessary.

But when the government decides Spindle Cove could be a target for a landing by Napoleon’s forces, Victor Bramwell is sent to organize a militia. Suddenly Spindle Cove is full of men, and Susanna’s peaceful community is at risk.

What I love most about this book is that the hero is an alpha…and so is the heroine. Watching them fight and maneuver and flirt to come out on top as the chief authority in Spindle Cove is incredibly awesome! (And sexy…) Plus there’s lots of heartwrenching family drama and a fantastic cast of minor characters (out of which I hope to see many more books!).

But even more than A Night to Surrender, I love: 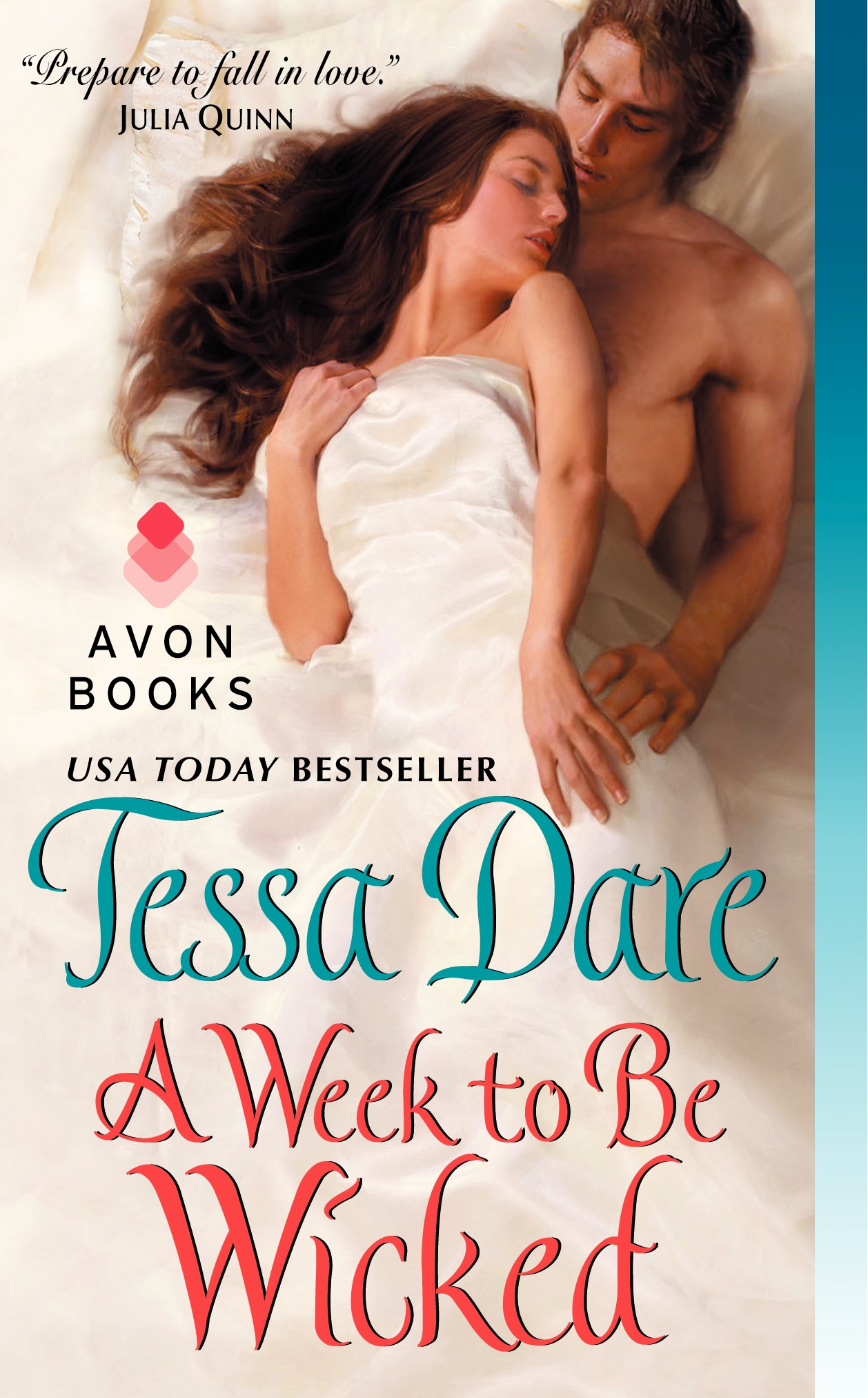 Book 2: A Week to Be Wicked. And this one’s signed by the author!

Geologist and spinster Miranda Highwood wants two things: keep rake Colin Sandhurst away from her sister, and get to Edinburgh in time to present at a scientific conference. She decides to kill two birds with one stone and talks Colin into pretending to elope with her to Scotland.

This book contains so many of my favorite things, I don’t even know where to start: geek heroines, fossils, a rake who’s a rake because he can’t sleep when he’s alone in the bed (seriously, one of my favorite tropes EVER), a roadtrip, making up exciting fake identities together, making out “just to see what it’s like”…the list goes on. Miranda and Colin are both so precious and heartbreaking and I love them madly.

Just comment on this post to enter, and make sure you enter your e-mail address on the comment form–it won’t show up to other commenters, but I’ll get it and then I can easily notify you of your win. As always, if you want to be alerted when a new contest goes up, I recommend signing up for my newsletter.

NB: I got AWtBW signed at the RWA National Conference. Ms. Dare isn’t involved in the giveaway and the book isn’t personalized. So if you want to tell her how much you loved her books, this isn’t the place. That would be her website. (But this IS the place to tell ME how much you loved it!)

37 thoughts on “New contest: "A Night to Surrender" and "A Week to be Wicked" by Tessa Dare”